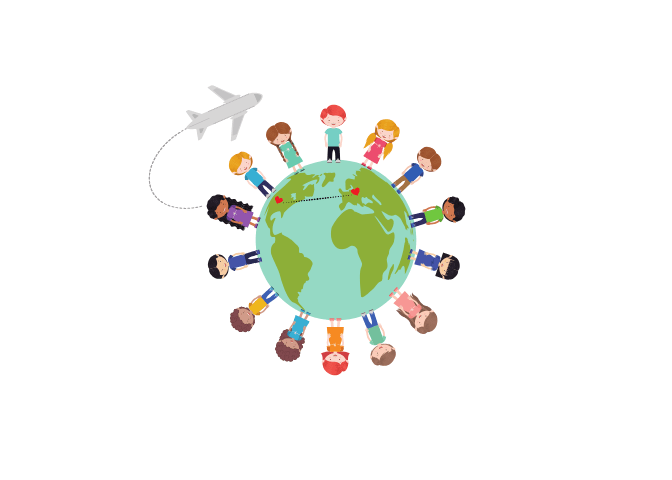 ISS-USA is celebrating National Adoption Awareness Month with one of our recent cases that was especially heartwarming.

An ISS-USA Intercountry Case Manager received a request from our partner in Europe regarding a family tracing service. At ages two and three, two brothers were placed for adoption when their drug-dependent mother was unable to care for them. Bryan* was adopted and brought to live in the U.S., while Louis* was adopted by European parents. Forty years later, Louis’ adoptive mother passed away and his adoptive father disclosed that Louis had a brother living in the U.S. This started Louis’ search for Bryan.

When ISS-USA took on the case, the case manager acted as a mediator and Louis and Bryan were able to make a connection. Not only were they shocked to learn of each other’s existence, but surprised to see the resemblance! The ISS-USA staff was thrilled to make this connection between the brothers, and the two are continuing to learn about each other and grow their relationship.

This year’s theme for National Adoption Awareness Month is “In Their Own Words: Lifting Up Youth Voices,” which highlights the needs of older children and children with disabilities in the U.S foster care system. While adoption is beneficial and often supports the best interest of the child, connecting children to their birth connections (when safe and appropriate) is important as well.

Bryan and Louis’ case is touching but not unique, as ISS-USA receives several post-adoption requests for families to trace their biological links each year. Through adoption, both Louis and Bryan were able to grow up in healthy, stable, and nurturing environments that allowed them to search for family connections later in life.

While everyone likes happy endings, child welfare organizations need to work diligently towards a proactive approach for happy beginnings. In 2018, the U.S had 679,191 children entering foster care with an average cost of $6,675 per child. If more funding is put towards family strengthening, it would better protect the long term considerations of children and lower the number of children entering foster care.

*Names have been changed to protect the individual’s privacy.