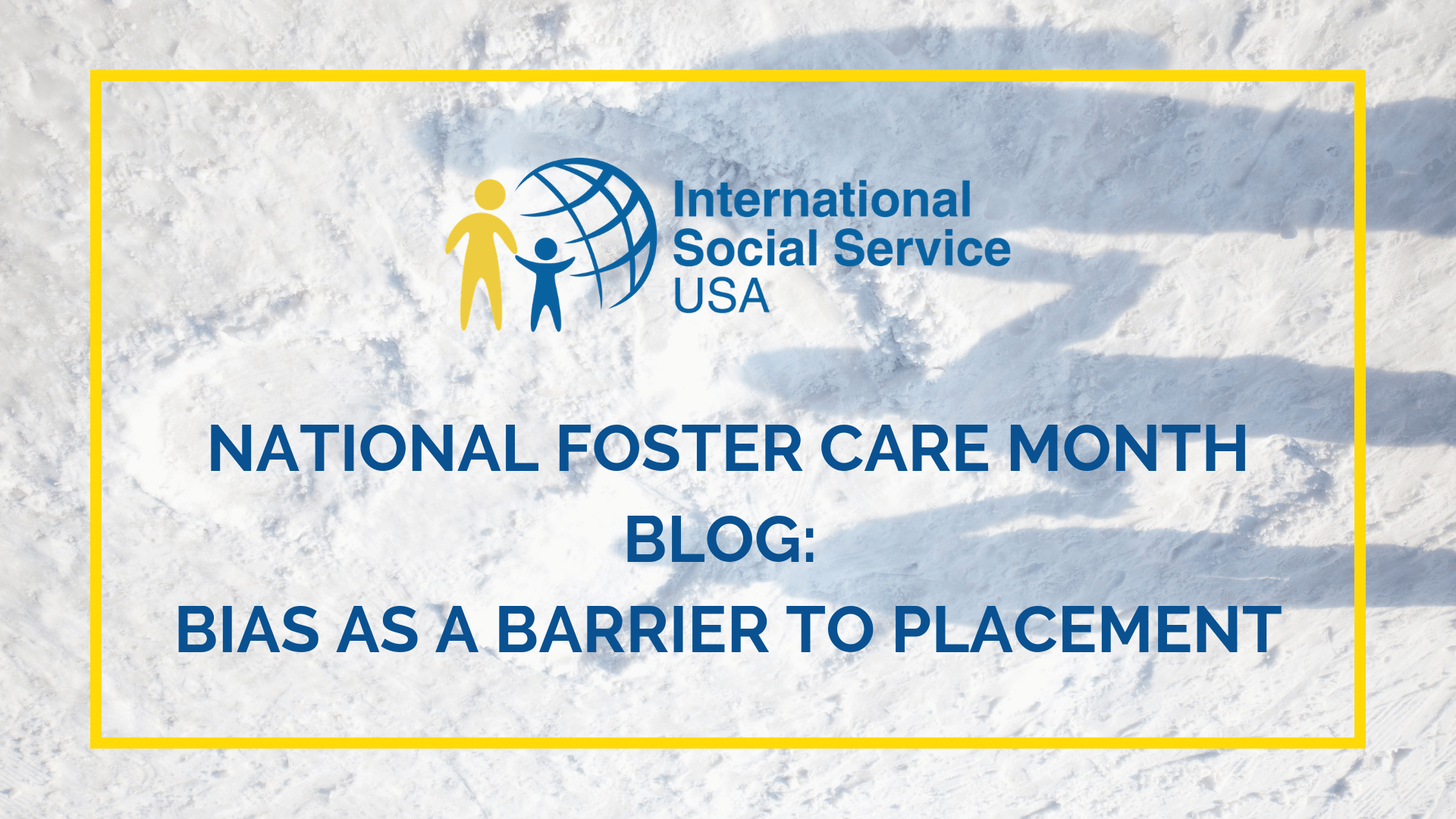 May is National Foster Care Month, a time to reflect on how to better serve the tens of thousands of children in our child welfare system.

A quarter of all children in the U.S. have at least one immigrant parent. Some of these children will end up in our state systems for far too long, while their overseas relatives struggle to be involved in their future permanency planning. After an International Social Service – USA (ISS-USA) training for family court judges, 72% of the judges reported having more children in their caseload with international family connections than they previously believed, indicating an inherent bias around which children should be screened for overseas family.

Reflecting on barriers to overseas placements, a recent ISS-USA social work trainee wrote, “I keep being told the child needs to be returned [to their country of origin] but I question if it was appropriate due to the country’s safety issues.” This sentiment captures the balancing act we at ISS-USA face in our daily work: the mandate of child welfare professionals to keep kids safe, best practice which prioritizes family placement, and national preconceptions about life and conditions in foreign countries. What does it mean to make decisions in the “best interest of a child” if his/her family lives in another country, speaks another language, or can’t travel to the U.S.?

One example is that of Francisco, a 7 year old born in the U.S. His parents are from El Salvador and his mother was deported for a traffic violation in 2015. His father struggled to care for him, leaving him home alone while he worked late. Francisco was taken into care by North Carolina child protection authorities after a neighbor reported the young boy home alone one night.

A local social worker in El Salvador visited Francisco’s mother and completed a home study and community resource assessment. While visiting Francisco’s family, the social worker took pictures of the home and community, and reported on area schools, after school programs, social services, and local NGOs. She met with his mother and grandparents, who contribute to household income and expenses. They discussed the family’s commitment to caring for Francisco, reviewed parenting techniques for children who have experienced neglect, and developed plans to help him integrate into a new community and country. After Francisco made three visits to El Salvador to visit with his mother and meet his extended family, a judge granted custody to his mother. He has since been enrolled in school, is receiving speech therapy sessions, plays soccer after school in his neighborhood, and is happy to be living with his mom again.

Francisco, like many of the children ISS-USA serves each year, found a safe, nurturing and permanent home with his family outside of the U.S. Others, including U.S. citizen children, children who are undocumented or have dual citizenship, are ending up in foster care under supervision of care teams who want to protect them from harm, but are wary of placing them in homes that don’t have familiar amenities or comforts. We cannot let our own fears, emotions or preconceived notions dictate decisions to place children with their families. ISS-USA works on close to 500 cases every year involving children separated from their families by borders to ensure child welfare workers, attorneys, child advocates, judges and others have access to information they need to make informed decisions without relying on generalizations or other personal bias.