In the international child protection field, people tend to work in silos. Some may work on child trafficking, intercountry adoption, or cross-border migration, but all of these topics overlap. Events in Guatemala provide evidence of how content-specific interventions don’t go far enough to address root problems. Three critical events over the past 10 years: the closing of Guatemala’s intercountry adoption program, the influx of unaccompanied children to Mexico and the U.S., and the recent horrific fire at Hogar Seguro Virgen de la Asunción – an orphanage in Guatemala, all demonstrate that breaking down silos and investing in a comprehensive child protection system is necessary for future generations of children in Guatemala to survive.

Intercountry adoption scandals in Guatemala revealed that many children were being adopted in nefarious ways: some were kidnapped from poor mothers, and others were bought in exchange for large sums of money from families to “voluntarily relinquish” said children. Guatemala then passed new adoption legislation to regulate intercountry adoption, implement safeguards of the Hague Convention on the Protection of Children and Co-operation in Respect of Intercountry Adoption, and shut down their intercountry adoption program.

Despite funding assistance to improve domestic and international child welfare and adoption practices, Guatemala’s child protection systems remain mired in inefficiencies. Several years ago, International Social Service-USA experienced firsthand the challenges in the country’s domestic adoption system. We worked on a case that involved several U.S. children in Guatemala’s child protection system who were being considered for placement with an aunt and uncle that lived in the U.S. Unfortunately, a series of court delays and hurdles prolonged a placement decision. Nearly three years later, the children remain in Guatemala’s state care, and their fate is still in the hands of Guatemala’s courts. Intercountry adoption scandals and inefficiencies in family court are just one part of the story. 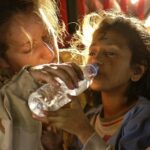 In 2014, the influx of migrating children from Guatemala and other regions to the U.S. hit an all-time high. This was due in part to the prevalence of violence, child abuse, and neglect, as well as the lack of strong child protection infrastructures. The fixes Guatemala made to their child protection systems in response to the intercountry adoption scandals were not close to enough to protect children overall. Large flows of children have continued since 2014, and addressing root causes of migration remains as critical as ever.

The Harm in Institutional-Based Care

Most recently, the world learned of the horrific fire that claimed the lives of 40 girls who were living in an institution run by the Guatemalan government. What makes this horrifying situation even worse is that some parents had chosen to place their children at this facility. They believed that by doing so, they were protecting them from dangers at home and were preventing their children from the violence that many experience on the journey through Mexico and into the United States.

Unfortunately, investments in the region typically focus on economic growth, foreign investment, and security rather than social work or child protection.

If social work and child protection became priorities, the Northern Triangle and Mexico regions could build the capacity of their local social work systems. This financial support in the region would mean more children would remain with their families, and fewer children would be killed, abducted, trafficked, abandoned, abused, or flee to the U.S. without documentation.

What would it look like if we invested in social workers and child welfare in Guatemala? 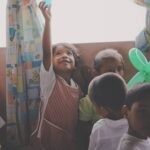 These different events offer insight into the weaknesses that exist in child protection systems. They also help us understand just how important it is to enhance child protection systems to improve outcomes for all children – whether they are being adopted, living in state care, a victim of human trafficking or migrating to another region.