Jena Martin’s preface to her own article: The Good, the Bad, and the Ugly – A New Way of Looking at the Intercountry Adoption Debate

It’s funny how things work out.

Seventeen years ago, I wrote an article.  My original  goal in writing the article was to shed light on what I had once thought of as a heartless rule – a country’s prohibition against intercountry adoption.  You see, a few months before I had visited Tanzania for the first time.  The point of the visit was to help build an orphanage for children in Arusha, the country’s capital.  On the way home, while standing in Dulles Airport’s immigration line, I struck up a conversation with a white American woman who was holding a darker looking infant.  Turns out, this woman was returning from Ethiopia – having just spent time there finalizing the adoption of the baby she was holding. Earlier, during the trip, I learned that one of the reasons for the dire need of orphanages (the non-profit I volunteered with had plans to build several) was because the country did not allow foreigners to adopt children.  Considering that in light of the joy I saw on the mother’s face in Dulles, I was convinced that the policy was wrong.  A few months later, during my time at the University of Texas, I set out to make the case. I was convinced that all I had to do was show policymakers (in Tanaznia and other countries) that the best solution to the “problem” of unadopted children would be to allow any child in need in one country to be paired with waiting and eager potential parents – either inside or outside of that country’s borders.

But of course, the truth is not that simple.

During my nine months researching the issue I learned much about the perils, pitfalls, and purpose of intercountry, interracial, and intercultural adoption.  I read stories of children from countries in the global South – where they are in the racial majority –  being brought, as infants, to America – where they become a racial minority – and the resulting alienation that they frequently feel.  As a biracial woman, I could relate.

I researched statistics about the adoption industry in many of these countries and the evidence that, in some extreme cases, children are taken from their family of origin to feed an ever-growing demand that shifted US based intercountry adoption from one done in a spirit of service (i.e., to help children orphaned by war and conflict) to a framework of consumerism (i.e., families pursuing intercountry adoptions because of their longing for children and the frequent perception that foreign adoptions were more accessible).

During those nine months, I learned about the Indian Child Welfare Act (ICWA) for the first time and the heartbreaking stories that required its passages. I was reminded that seemingly neutral, objective standards (like “the best interest of the child”) can be turned into a sword coated with prejudice and misconceptions and wielded to decimate an untold number of indigenous families, right here. In America.  I discovered the vanguard approach that Congress took in 1977 when passing ICWA: to hold that preserving American Indians’ culture was just as important a goal in that context.

But, in researching all of these frameworks, I also encountered stories of adoptive families, who feel incredibly enriched by the blessings of adoption and have felt supported and loved as they navigated through the often difficult questions surrounding adoption.  In short, I found a picture that was far more nuanced and ambiguous than what I expected.  And so, that’s the article that I wrote.

When I first began working on human rights issues I remember a feeling of immense satisfaction.  At last, at last, I would be on the side of angels!

Isn’t it funny how things work out?

Because by doing this work (which began, in Austin, studying human rights and family law and has grown, in West Virginia, into a commitment to examine business and human rights issues) I have come to realize just how much dichotomy, inconsistency, and struggle is present even for people who are on the same side of a fight.  And so, I applaud the work that ISS-USA is doing – helping readers to walk through the mess, embracing the fact that there are no easy answers and sitting quietly with families as they form their own peace in the chaos.

I hope their work brings comfort to you. 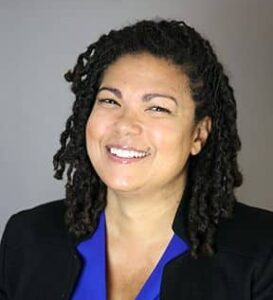 Jena Martin is a professor at West Virginia University College of Law. Her research is in the field of business and human rights, where she has written extensively on many issues, including the intersection of securities regulation with human rights impacts. She is the author of several articles on the subject, including “The End of the Beginning? A Comprehensive Examination of the U.N.’s Business and Human Rights Agenda” (Fordham Journal of Corporate and Financial Law), which earned her WVU Law’s Significant Scholarship Award and “Hiding in the Light: The Misuse of Disclosure to Advance the Business and Human Rights Agenda” (Columbia University Journal of Transnational Law).